As a first-grader, Garry began to play chess in Baku’s Pioneers’ Palace. A little later, his first trainer Oleg Privorotskiy said: “I don’t know whether there are any beginners like this in other cities, but there certainly aren’t any in Baku.” At the mere age of 9, Garry was already play

ing at the level of regional champion and he participated in the men’s Baku blitz chess championship. However, after a few lost matches, he began to cry and his mother took him home. He never cried at the chess board again.

By 10, Garry was already a candidate master. Soon after, he got a personal trainer- Alexander Nikitin, who would lead Kasparov to the world championship. At the same age, he began to play in Mikhail Botvinnik’s school. Botvinnik immediately noticed in his pupil a unique, remarkable talent and he would go on to mentor Garry for many years.

His path to the highest honour was short – success came quickly to the young chess player. In 1978, Kasparov performed spectacularly at the Sokolsky Memorial in Minsk, where he finished first with a gap of 3.5 points and fulfilled the criteria for master. Kasparov became the youngest master in the world and, two years later, the Planet Earth’s youngest grandmaster. A spectacular debut on the international arena at Banja Luka won him sympathy of chess fans all over the world.

In 1981, the talented junior split 1st place with Psakhis at the Soviet championship, after which he began to ascend up chess’ Olympus. In 1982, he won the inter-zonal tournament in Moscow. In 1983 in the candidates’ matches, in a decisive manner, he defeated Belyavsky 6:3, Korchnoi 7:4 and Smyslov 8,5:4,5. Only one step- the most difficult one- remained between him and the very top: a match against world champion Anatoly Karpov. 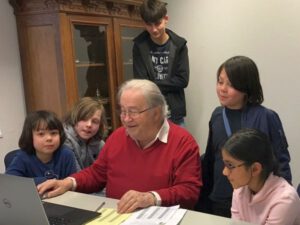 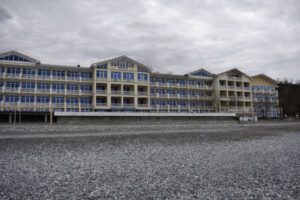 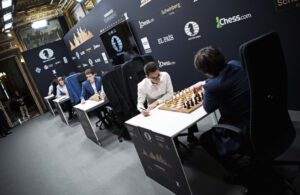 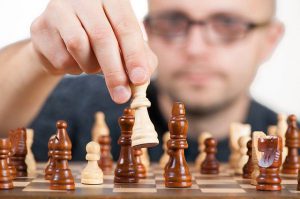