On December 16, the games of the final, 11th round of the Superfinals of the 73rd Russian Men’s and the 70th Russian Women’s Championships finished at the M. Botvinnik Central Chess Club in Moscow.

Playing Black in the men’s tournament, one of the leaders Ian Nepomniachtchi quickly drew Maxim Chigaev to wait for the result of his opponent Sergey Karjakin, who faced Daniil Dubov as Black. Ian said he would have been happy with any result but a draw: with fatigue having accumulated by the end of the tournament, he did not really want to play a tie-break (in case Karjakin would have drawn his game).

Daniil Dubov and Sergey Karjakin opened with the Giuoco Piano. Daniil surprised his opponent by going for a very rare gambit line, invented by the famous chess organizer and philanthropist Oleg Skvortsov, who had uncorked this idea in a friendly game with Viswanathan Anand. Back then, the former world champion had scored a spectacular victory, but Dubov was enthusiastic about the new opening concept and asked his coach Alexander Riazantsev to look into it. Sergey Karjakin was not ready for such a development and quickly fell under a dangerous attack.

To Sergey’s credit, he made it through the complications, carried out a liberating d7-d5 break, and was close to equalizing. However, he did not want to fight back from down a pawn endgame (where, objectively speaking, Black had good chances of making a draw) and opted for a more challenging direction, but missed some tactical nuances and found himself in a hopeless position. As Daniil Dubov won, Ian Nepomniachtchi ended up clear first.

Other results: Maxim Matlakov has defeated Alexey Goganov, Peter Svidler vs. Nikita Vitiugov and Andrey Esipenko vs. Vladimir Fedoseev ended in a draw.

Ian Nepomniachtchi, „It is a challenging competition, in no small part due to the long pause from live chess. In general, I am not concerned about my final standings as there are other priorities, such as not to catch a virus, to get some over-the-board practice and not drop the rating. However, my team — coaches Vladimir Potkin and Ildar Khairullin — have done a great job predicting the upcoming openings and winning some games as early the opening, including the most crucial matchup with Sergey Karjakin, where we managed to uncork a novelty idea.“

In the women’s section, Aleksandra Goryachkina defeated Tatyana Getman to catch up with Polina Shuvalova, who drew Olga Girya. The tournament regulations required a winner to be determined on a tiebreak featuring two games with a time format 15 +10. Both ended in a draw, and in Armageddon (with 5 minutes for White against 4 for Black and a draw favoring Black), Aleksandra Goryachkina has won to become the 2020 Russian champion.

Other results of the final, 11th round:

Aleksandra Goryachkina, „I am happy about my tournament performance. Of course, if I had won game two of the tie-break, it would have been much better, but it what happened was a nerve-racking victory instead. There is much for me to work on.“

The Russian Federation of Chess congratulates the winners and prize-winners of the Russian championships, wishes them good health and new sports and creative achievements!

In the Russian language, games commenting has been delivered by Sergey Shipov, in English – by Daniil Yuffa and Pavel Tregubov. You may find links to the rounds’ coverage on our website.

The medalists were given tickets to the legendary CHESS musical. 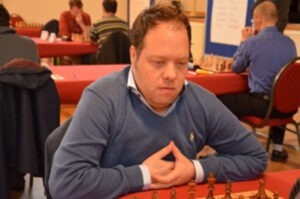 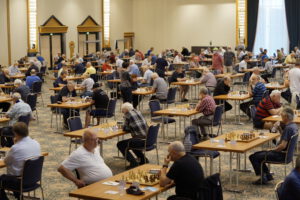