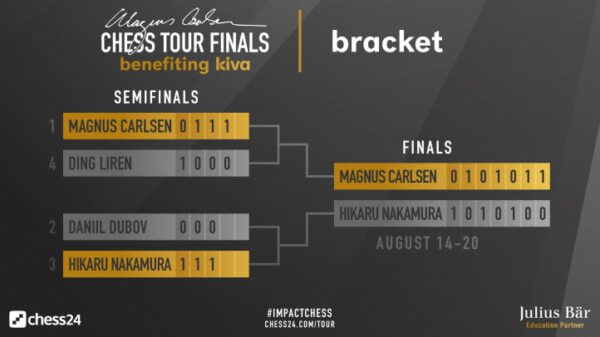 Magnus Carlsen has won his own $1 million signature tournament proving he is the best online speed chess player on the planet.

Chess fans around the globe were gripped today as the World Champion overcame US star Hikaru Nakamura in a thrilling marathon Magnus Carlsen Chess Tour final.

Carlsen had to come from behind three times over the week before finally toppling his rival in a nail-biting tiebreak today to decide an incredibly-tight seventh set.

A clearly relieved Carlsen said afterward: „I don’t know what to say, there were just so many twists and turns. Ultimately it’s a bit random that everything is decided by one game but it has to end at some point.“

Paying tribute to his opponent, Carlsen said: „He’s just very, very resilient and I just found the whole match very difficult and unpleasant to play. At some points, I felt that I was outplaying him and then he started turning it around.

„I never felt I had the energy and never felt at any moment cruising so it was just a never-ending struggle. That’s why it became so close.“

The Norwegian banks an online record of $140,000 for winning the final and takes a total of $315,000 in prize money overall from the event. 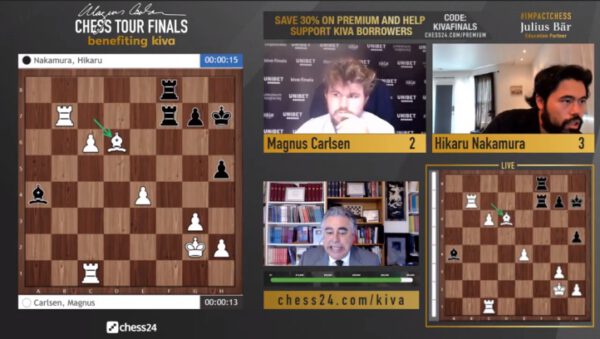 It brings to an end a scintillating summer of elite-level chess that has seen the richest and most prestigious online event ever transfix fans.

Nearly 70 million TV and online viewers have tuned in to the five tour stages that started in April and then culminated in a four-player Tour Finals. It was broadcast in 10 languages and at times this week has been the most-watched TV show in Norway.

Carlsen devised the unique online tournament with chess24.com after all traditional chess events were postponed due to the COVID-19 pandemic.

He then went on to win three of the four stages before the Tour Finals, losing only one match at a knockout stage to Nakamura.

In the grand final, Carlsen faced Nakamura for the overall title and the American showed he was a true threat by going ahead three times. But each time the champion bounced back and refused to be beaten. In today’s deciding set it was Carlsen who went ahead first before Nakamura dramatically leveled to take the match to tiebreaks.

Then Nakamura went ahead leaving Carlsen desperately needing a win to hang on. He managed it and then in the resulting „Armageddon“ final play-off Carlsen finally broke Nakamura’s heart to win the title.

It was an astonishing end to the biggest online chess event ever and it had every viewer on the edge of their seats. 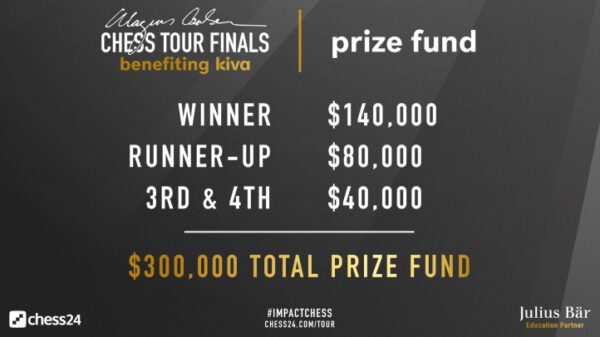 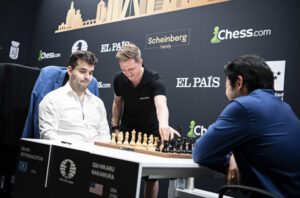 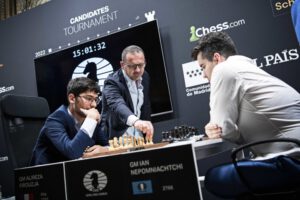 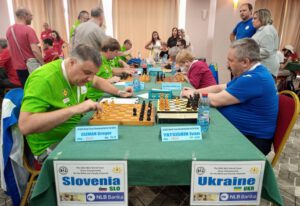 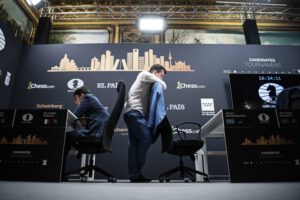 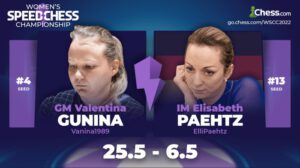 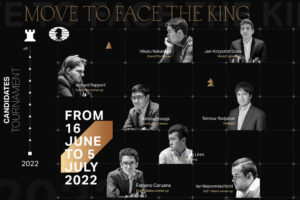