After her Lichess account was banned, Elisabeth Pähtz was under suspicion for four long days, until she finally revealed that she trusted an aide too much. Conrad Schormann and Stefan Löffler have checked and confirmed her story.

More than 600 title holders, including strong grandmasters, took part in the Blitz Titled Arena on Lichess last Saturday. In the beginning Elisabeth Paehtz85 played at the very front, beating GMs Fedoseev and Sarana, among others, before also suffering a few defeats. After 17 games it was over. Lichess blocked the account and zeroed all games played.

While speculation flourished in social media, forums and comment columns, Elisabeth Pähtz said nothing despite multiple inquiries. Experts and fans alike checked the 17 games for signs of cheating. The error rate and frequency didn’t seem abnormal per se, but the play was highly uneven, oscillating between super-strong resilience and strange blunders (see box). Instead of the solid systems which are Pähtz’ trademark, double-edged and even some silly opening moves were played.

A justification video called “The Truth” was hastily released on Pähtz’ channel on Sunday. The video rather confirmed that something was fishy. Unlike in her usual Youtube productions, Pähtz was neither heard nor seen in this video. The mouse pointer stayed in place after every move, as if the player always took the hand off the mouse, which is quite unusual in blitz. After a few hours the video disappeared.

Aghiad Mero was told that all arabs where cheaters. He demanded an apology. While keeping her silence to the press, Pähtz reached out to Mero.

Then a tweet surfaced that a young player from Bahrain had experienced a slur while playing Elisabeth Paehtz85 on Lichess last Friday: Aghiad Mero was told that he was a cheater and that all arabs where cheaters. He demanded an apology. While keeping her silence to the press, Pähtz reached out to Mero. She apologized and explained that the slur hadn’t come from her and that someone else, of Arabic origin, also had access to her Lichess account and YouTube channel. This part of the story was shared in the Arabic chess community.

On Tuesday we learned that FIDE’s Fair Play Panel, that had banned players from Brunei, Hongkong, Mali and Nicaragua during the earlier rounds of the Online Chess Olympiad, also looked into the cheating allegations against Pähtz – and aquitted her. The German Chess Federation can now put its strongest female player for the Division 2 games starting on Friday. She can also make her comeback at the board at the German Masters that starts right after the Olympiad games on Sunday.

FIDE’s Fair Play Panel looked into the cheating allegations against Pähtz and aquitted her.

On this Wednesday Pähtz alerted us that her federation had advised her to prepare a public statement, which was published in the evening in English on a German website:

“Unfortunately, and completely without my knowledge, a member of my team who already had access to my YouTube channel, had also gained access to my official Lichess account. That team member, thinking they were helping me, played on my account multiple times to keep it active and raise my online profile and brand.“

She also thanked Lichess for handling the affair professionally and limiting the damage done. To some it may all sound like a constructed excuse, but it was in line with what he had found out in the meantime. To start with, Pähtz had been traveling in Paris on the Friday and Saturday in question. Thanks to Aghiad Mero, we also found the aide that Pähtz refers to.

He is based in Berlin. He has been distributing educational videos by Pähtz and helping her with video edits and her streaming on Twitch. He is a FIDE rated amateur. He has relatives in Berlin that also play chess and are familiar with Pähtz. Even though he broke Pähtz’ trust and damaged her reputation, we will not reveal his name. Out of a number of reasons we will give three:

Instead of naming the aide who broke her trust, Pähtz is carrying the blame herself: ”I take full responsibility for failing to secure my accounts adequately, and hope this serves as a lesson not just to myself, but to all my professional chess colleagues who are also overly trusting of their team members. My crime was naivety and being trusting of those I considered as loyal friends as well as my aides. For failing to have good digital hygiene, I am paying the price – and will face some sanctions from the Deutscher Schachbund and from FIDE. I respect their decisions and will not contest or appeal it.“

7 thoughts on “BACKGROUND: Not a cheater” 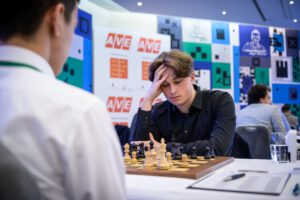 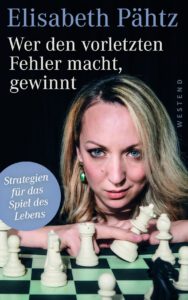 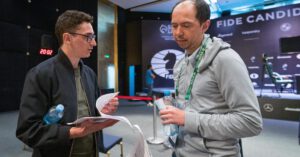 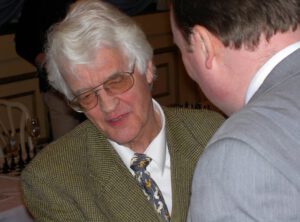 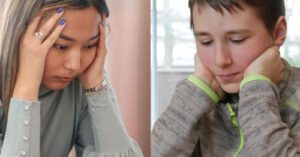 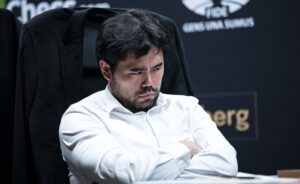